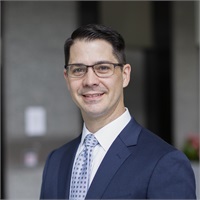 Scott started his career in wealth management in 2004 with Schrader-Griffiths Financial as an intern and later as an associate. In 2006, he relocated to The Woodlands and began to build his own practice as an advisor with Ameriprise Financial. He spent the next three years hitting numerous milestones and serving as part of the leadership team before moving his practice to join Investment Professionals, Inc. (IPI), a small independent broker/dealer in San Antonio. This partnership with IPI allowed Scott to deliver unbiased advice without the pressure of corporate directives. It was this move and affiliation with IPI that eventually lead to the formation of White Wing Wealth Management.

Accolades and Skills: First and second year Top Achiever, as well as several national awards as an advisor and member of the leadership team while at Ameriprise.

Hobbies: An avid sportsman, Scott enjoys hunting, fishing, cycling and anything outdoors with his family.

Scott lives in The Woodlands with his wife Amber, son Sawyer, daughter Emma.